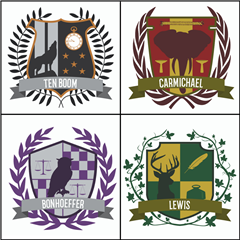 "The mission of Pusch Ridge Christian Academy is to teach our students to become like Christ through a classical Christian education within a covenantal community."

“All for Christ and His Kingdom”